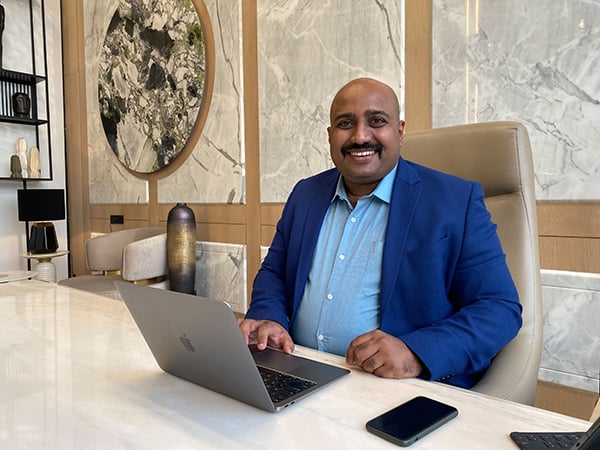 With the appointment, Prasanth Gopinath who has had an illustrious career with several real estate organizations in India and in different parts of the world will provide strategic direction for the Commercial Business Unit of Kohinoor Group and will be responsible for the overall business plan and implementation of the vertical.

Prior to joining Kohinoor, Prasanth was involved with leading developers including Lodha and Shapoorji Pallonji Group and brands like DLF and HDFC gaining extensive experience in leasing and sale of Commercial and Residential assets. In his previous stints, Prasanth has led and managed a portfolio of 10 million sq. ft under various stages of development in multiple markets including Pune, Mumbai, Chennai, Nagpur, Mohali, Manesar, Kolkata and other parts of India.

An Alumnus of IIM Bangalore, MBA from VIT (Vellore Institute of Technology) and B-Tech Mechanical Engineering from CUSAT (Cochin University of Science & Technology), Prasanth was also an integral part of some of the major PE transactions in Real Estate including acquisition of 3 million sq. ft asset in Chennai by CPPIB and by Maple Tree thereafter and SP Investment Advisory’s transaction With Allianz Group in Pune. He has dealt with clients that include Amazon, Accenture, World Bank, IBM, ADP, Ford, Ericsson, WNS, Amdocs and Vodafone among others from various countries including US, Canada, UK, Germany, Denmark and other South East Asian and European countries.

Over his appointment with Kohinoor Group, Prasanth said, “Kohinoor Group is a brand built with trust and has an unmatched legacy of dealing with the partners who love to work with the group. This is one of the very few brands in Real Estate in the country that follow the Zero Debt model. Building on the strength of the group to take the commercial Business Unit to a 5-7 million sq. ft portfolio in the next 5 years provides for an exciting journey. I look forward to contributing towards the growth and expansion of Kohinoor Group and strengthening its presence in this space and to begin the journey with a world-class project in the most promising location that helps that foundation.”