Kohinoor Group has proudly stood tall as a leader in Pune’s real estate sector for over three decades. When the group commenced operations in 1983 under the able leadership of its Chairman & Managing Director, Mr. Krishnakumar Goyal, they started a cement trading business. Construction and development began only in 1989 under the name of Kohinoor Constructions. Today the group has developed and delivered over 4 million sq. ft and has over 3 million sq. ft of spaces under development. The group also has diversified interests in other verticals like Manufacturing, Logistics and Services.
In the last decade every project that Kohinoor Group has undertaken has been planned entirely before starting any construction work – an inspiration that Mr. Vineet Goyal and Mr. Rajesh Goyal, Jt. Managing Directors, Kohinoor Group learnt from Japanese construction practices. Being conscious about even the tiniest detail is one of the secrets of Kohinoor’s rising success graph.

At Kohinoor, everything revolves around customer happiness. Which is why, everything that it builds comes with the promise of Sada Sukhi Raho: the timeless blessing in India. The promise means that Kohinoor stays with its customers at every step; right from assistance in the sales procedure to offering free maintenance on all of its projects*.
Owing to its matchless values of trust and transparency, Kohinoor is one of the most reputed leaders in the industry. It is also one of the most trusted names, with a community of over 5000 happy families. It has built a thriving relationship with its customers based on the solid foundation of trust, integrity and transparency. Everything has been possible owing to its values called - CARE

Performance that is
on time

Connections that last
a lifetime

Kohinoor is renowned for having delivered projects on time and in certain cases, even earlier than the commitment. Three decades and 30 successful projects later, the only thing that stands taller than Kohinoor’s projects is its reputation. Which is only bound to elevate with the 20,000 homes it plans to deliver in the coming years.

Kohinoor has seen a year-on-year growth of 25-30%, and the plan is to continue that success rate. Kohinoor believes in their core positioning of creating spaces for mid-segment. The company believes in sticking by their core competency. There is a huge demand-supply gap, and Kohinoor wants to bridge that gap. 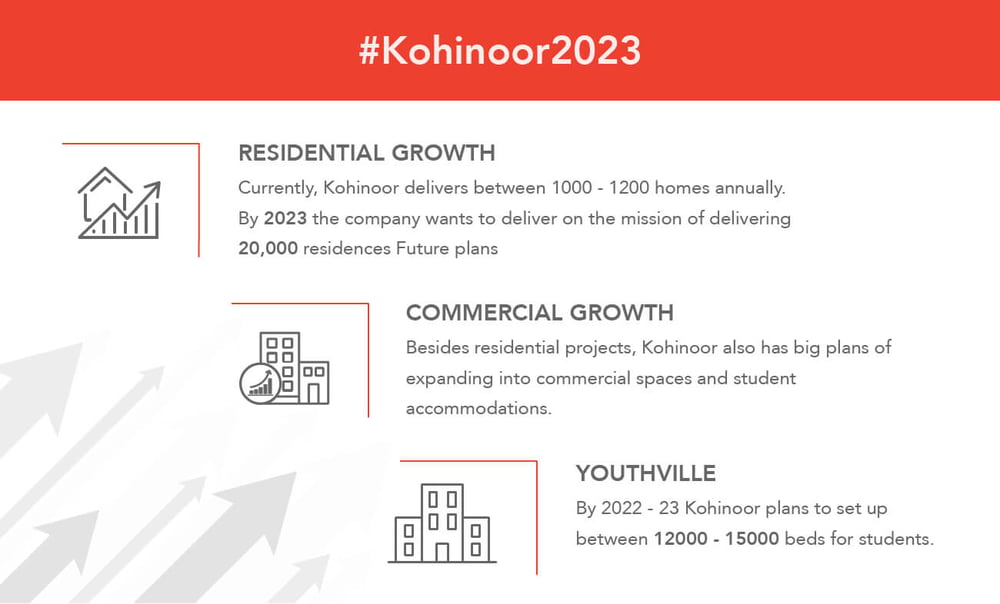 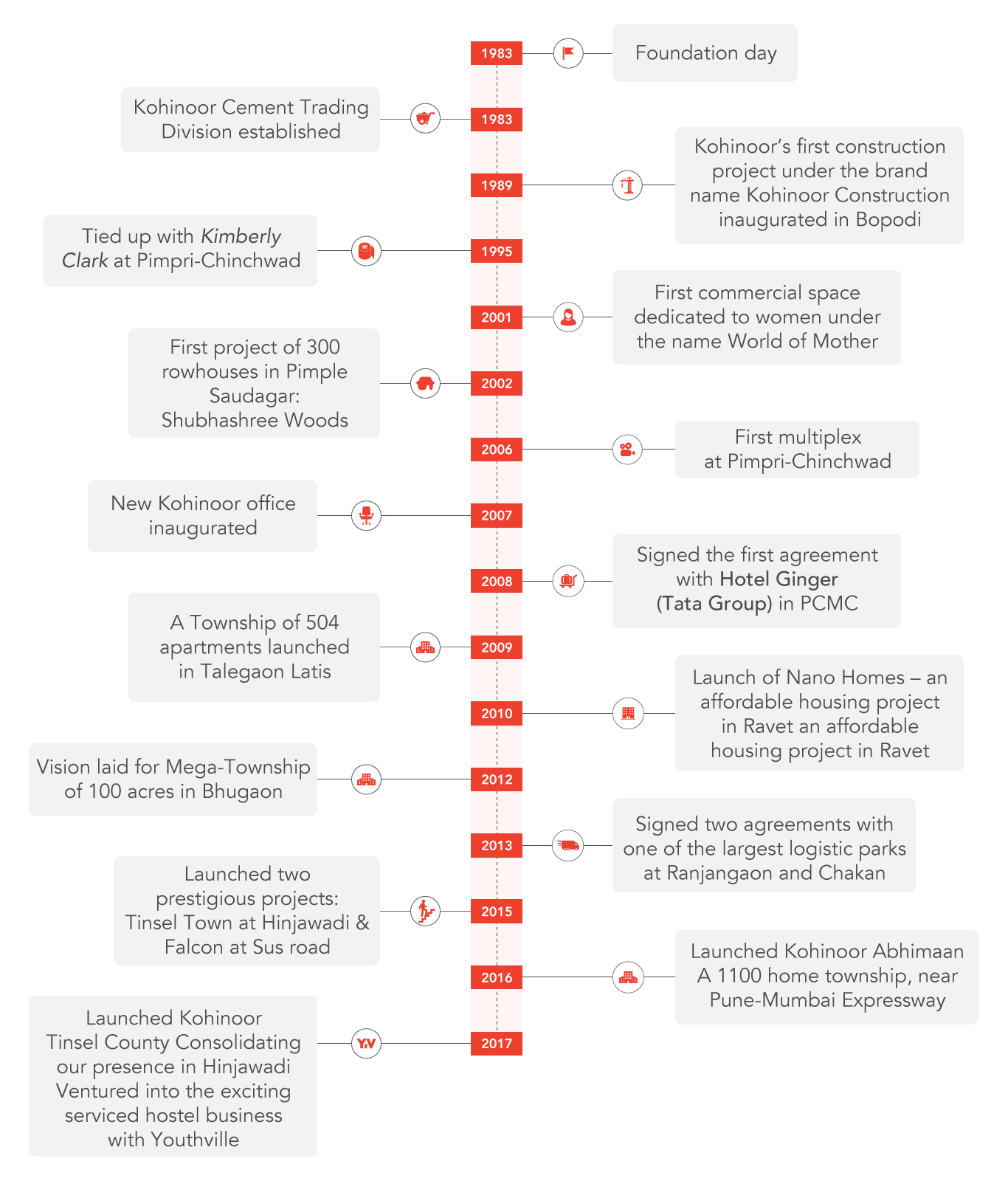 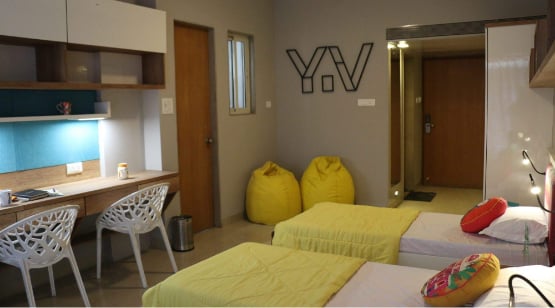 Youthville hostels have been specially designed to make living alone not just easy and comfortable, but also exciting, vibrant and enjoyable.The architecture is modern, youthful and aesthetically designed. The interiors are bright, colourful, spacious and airy, emphasising the cheerful ambience of Youthville.

During their 35-year journey Kohinoor Group has created 30+ projects and delivered over 4 million sq. ft. What’s more, the group has more than 3 million sq.ft. of spaces currently under development. Considering their Japanese inspired roots, attention to detail and meticulous planning, it’s no surprise that their projects have won several awards. Here are a few of them: